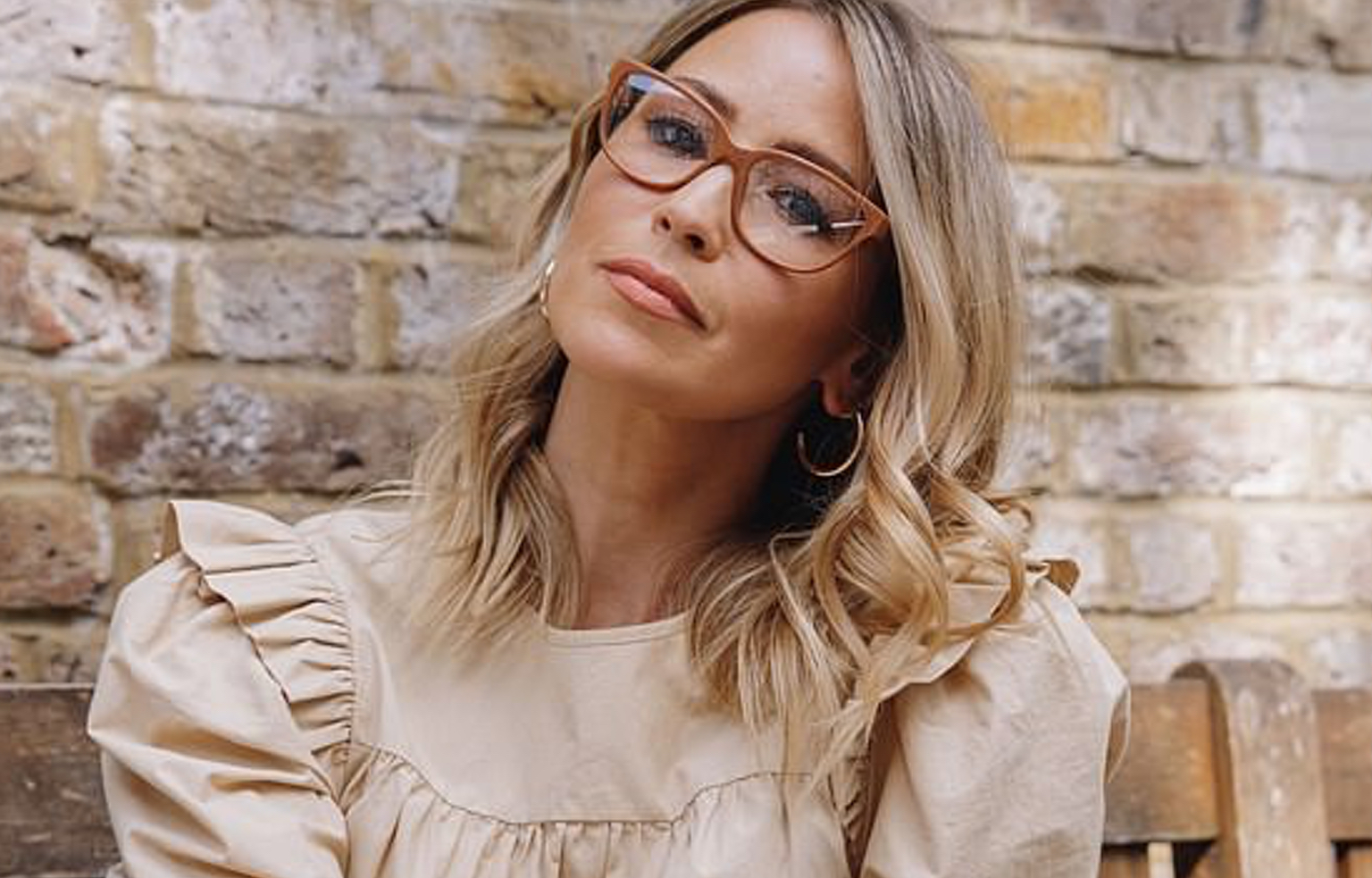 In a recent interview promoting her latest venture with LCG, Rachel has discussed her life after lock-down, her family’s love of music and her possible return to the music scene.

She rose to fame in chart-topping pop group S Club 7, which went on to sell 10 million albums worldwide as well as bagging two BRIT awards.

And Rachel Stevens has now revealed that her eldest daughter Amalie, nine, plans to follow in her footsteps and dreams of becoming a singer just like her famous mum.

The singer, 42, revealed to MailOnline she fully supports her daughter’s passion and admitted that both Amalie and her youngest, Minnie, six, are ‘performers’.

Discussing her families’ love of music, she said: ‘We’ve always got music on in our house, my kids have now got the buzz. Amalie’s definitely wants to be a singer, that’s going to be her career.’

The former band member also touched on her own singing career, and said: ‘Music is such a big part of our lives. I haven’t recorded for ages, but it comes up now and again, I talk about it and think about it. There’s potential might want to do some more shows, or music of some kind, I just don’t know what way yet.’

The star also discussed how lock down has been ‘intense’ as she juggled trying to create structure at home for her kids, as well as herself and husband Alex Bourne.

She said: ‘At the beginning it was scary, the uncertainty and worrying about family. It was such a massive change so quickly, the unknown really.

‘Then it was trying to create some sort of structure at home, because having children and home school and all that craziness, was really hard.’

Rachel was speaking in conjunction with her edit for Low Cost Glasses, which she revealed was ‘fun’ picking her frames virtually from home.

Explaining a bit about the company, she said: ‘They’re an online prescription glasses company, the glasses are brilliant value, both glasses and sunglasses.

‘Some own brand and amazing discounted designer frames as well. I’ve recently picked my own edit, which was so fun, you can do it virtually from home which is great in these times.’

Rachel modeled her range of prescription glasses and shades for a stylish photo shoot, for which she donned a range of chic looks to complement the eye wear.

Detailing what her go-to style is, Rachel said: ‘I’m quite classic in the things that I go for, but I do like things with a little bit of an edge to them. Actually I’m quite eclectic in what I love if I’m honest.’

Explaining where her fashion inspiration comes from, she joked that she won’t hesitate to stop people in the street to ask where their clothes are from as well as picking out pieces from Instagram.

Rachel went on to talk about how she has found the past few months amid the corona virus outbreak, which she said has definitely been an ‘up and down’ experience.

Discussing the ‘full-on’ experience, she said: ‘Just trying to keep them [her children] happy and enjoying what they’re doing and still trying to get their school work done, was hard.

‘I think it was hard on most parents because teaching is such a skill, that was really full on, intense and crazy. But we had some really lovely times, it’s very unusual that you have so much family time.’

Rachel also revealed she has been able to spend more time with her husband Alex, who she married in 2009 after 18 months of dating.

She said: ‘Before lockdown my husband Alex would be going off to work at 7 in the morning and coming home at half 6, 7 at night, so we would have lovely dinners and lovely long walks together and we’d have that family time that we wouldn’t have necessarily had beforehand.’

Rachel said that her family plan to spend the rest of summer enjoying fun ‘socially safe’ activities, while her kids are currently spending time at a small summer camp.

Although they had no plans to venture abroad this year due to recently moving house, Rachel said they will enjoy staycations in the Cotswolds and Devon.

She added: ‘I think things are still uncertain and changeable, so who knows. Just try and plan lots of family things, fun stuff, and work. It’s been great doing this job and getting back to work and being busy.’

Rachel also admitted she has previously kept her home life off social media, as she described herself as being ‘quite private personally’, especially while her daughters were little. However she said she is ‘slowly’ changing her habits.

She explained: ‘I guess I have always been quite private personally while they were little. But as they get older it’s something it’s something I’m not feeling as strongly about. [posting on social media]

‘My girls are my world and I love Instagram as a platform, it’s such a positive most of the time. It’s lovely to see people’s families, so I’m slowly doing more of that.

‘And also they’re interested in it, their friends are obsessed with Til Tok, especially my older one, I’ve not let her do all that yet. They’re so used to being around it aren’t they.

‘Especially with us on the phones, I think it’s lovely to share family life, I’m doing it more and more.’ 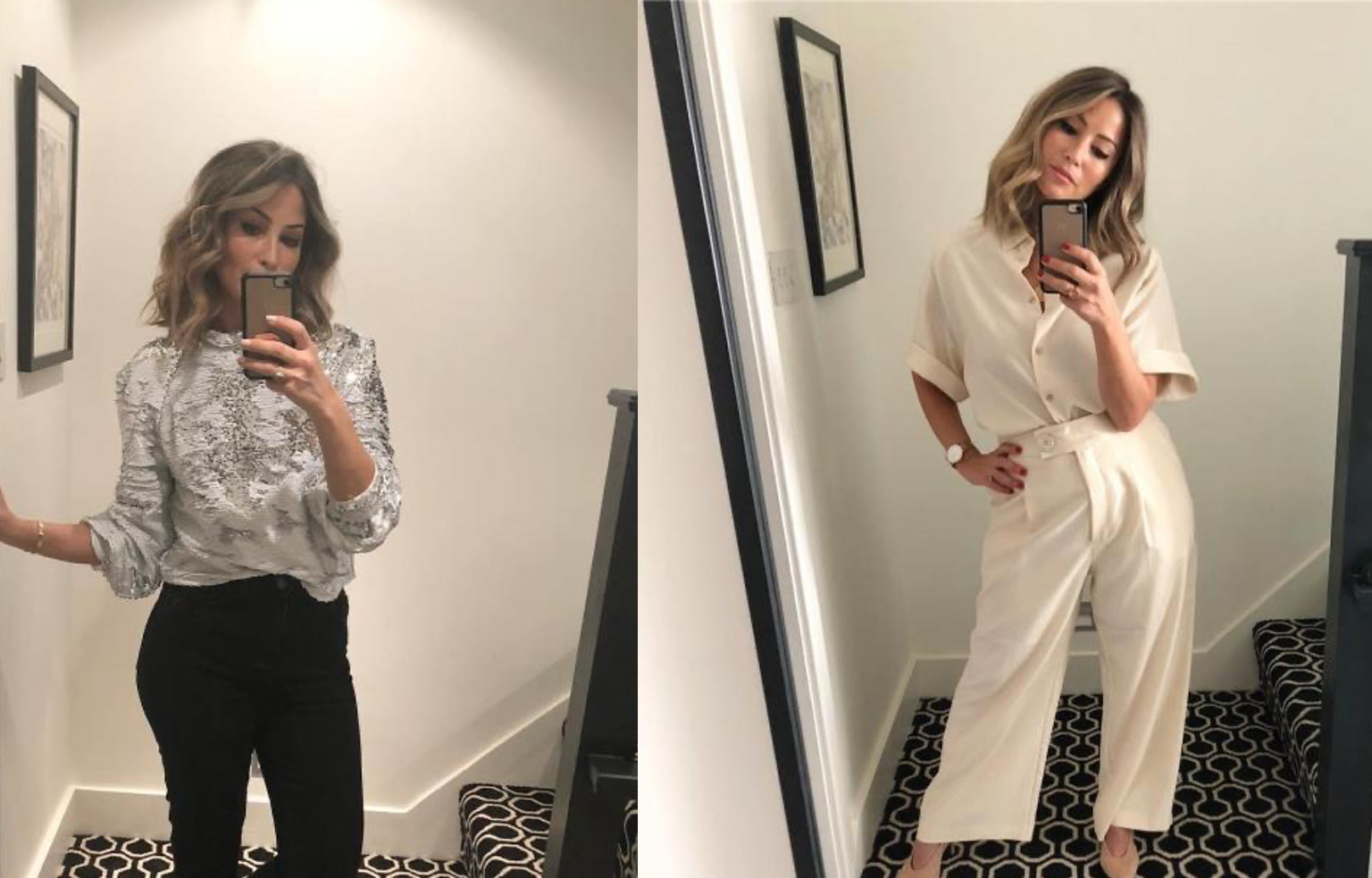 We may have gotten use to seeing the glam that is Rachel’s new home on her Instagram feed, but it wasn’t always like this. In a new interview Rachel discusses purchasing her first home in the early days of S Club 7, and spoiler, it came pre-furnished!

RACHEL STEVENS went from being a student living at home to being a household name as part of chart-topping band S Club 7. The global success of the band — which included a TV series — meant that she was on the property ladder at 20 and filming and performing all over the world. Since then, Rachel has gone on to have a successful solo career, appeared on Strictly and Celebrity Mastermind. She is currently working with Low Cost Glasses, an online prescription glasses retailer.

When and where did you buy?
I bought my first home in Hampstead when I was in early S Club days. I was never in the country as we were always travelling but I got good advice from my stepdad and decided to buy.

Why did you decide to take such a big step so young?
S Club was kicking off and we were out in America a lot. I was around 20 and it just felt sensible to invest in property. I was hardly ever at the Hampstead property after I bought it as we were in Miami a lot filming. I remember friends coming over to the Hampstead flat and I still had the plastic wrapping on the oven. I went from home and straight to the band. I never learnt to cook or anything, we were always on set, working and eating on the job.

How was it buying back then?
My stepdad is actually working in property so he helped me and it was a brand new development and I bought off-plan. There was no chain so not too much to get involved in. I didn’t learn too much about buying from the experience and the whole thing was relatively easy.

What was the place like?
I think I actually bought the show home flat at the time. Everything was done and I think that’s what I needed. My career was so full-on I couldn’t be at home to make any decisions. It had a gym and a pool, which was good. I was very lucky because I was so young and it felt very safe and ticked all the boxes. I slowly put my stamp on it. It was semi-furnished but at the time I didn’t know what my taste was. These days, I love interiors.

What is your style now?
My bedroom has just been finished and I wanted something calm, relaxing and glamorous. I’ve just bought a beautiful art deco mirror and dressing table. I would say glamorous with a calm, relaxed feel. I love period properties and mixing old with new. There are so many beautiful things on the high street these days that you can mix with antiques. It also has to be stylish but practical with children around.

Why did you move out?
Good question. I moved quite near my mum two or three years later in West Hampstead so not far. A property came up with a little garden and a different kind of space. Again I was hardly there and I really wanted to make something homely. I didn’t really know what home was at the time because I was always moving and it was just a crazy time. My world had changed overnight.

Did buying help you?
It was a bit of a blur if I’m honest. Everyone has a different experience. It’s such a huge thing to buy your first home. It was really exciting to have my own place but I’m not sure it made me grow up quicker. When you are in a band you aren’t that independent, because a lot is done for you and you have a lot of people around you and are really protected. I had to re-learn doing things for myself after leaving the band.

What’s your best memory living there?
The late night styling sessions there. I would have my stylist and make-up artists over and we would have a bottle of wine and play dress-up.

Do you have any advice about getting on the ladder early?
It’s harder than ever to buy but if you invest in property, then that money is always there. And on top of that, home is where the heart is. 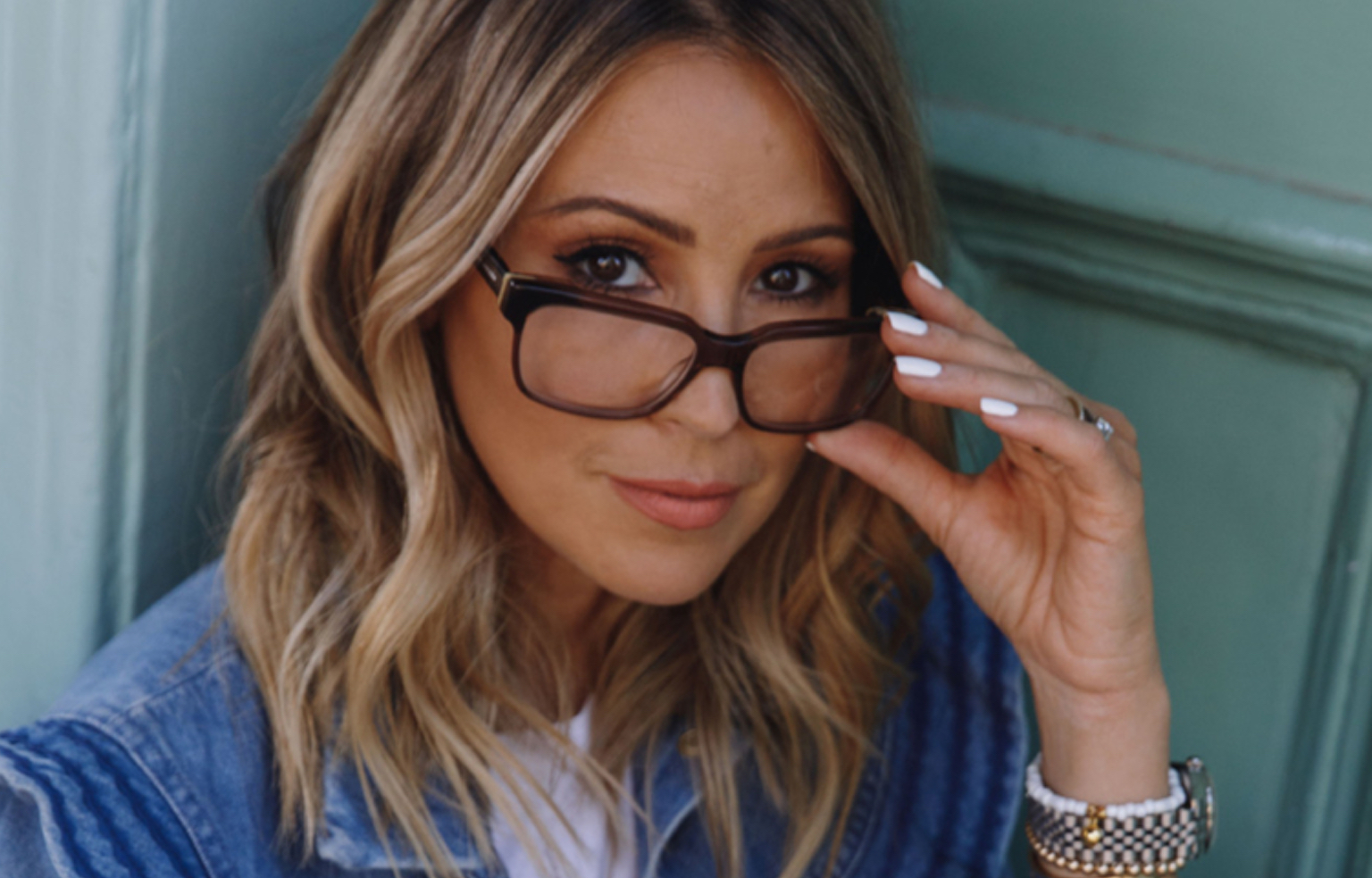 Today, Rachel launched her brand new Glasses Collection by partnering up with LCG. Check out the article below taken from FemaleFirst.

Rachel said: “I’ve worn glasses for five years and I love sunglasses too – especially large, statement frames with a dark tint. My personal style is classic, feminine and comfortable. I like to mix tailoring with more relaxed fabrics and I really think that your eyewear should be part of your outfit planning. Putting my Edit together has been great, as I’ve been able to experiment with more styles, shapes and colours than I normally would.”

Rachel encouraged her fans to use the retailer’s virtual-try-on and experiment with some new looks from the Edit, which is priced between £15 to £85.

She added: “It’s so easy to get into a routine of buying for the same shaped frames over and over. Being able to try on as many pairs as you like online means you can experiment with changing your whole look. There is something for everyone in my Edit and I love how all of the frames are really affordable, so you can have a bit more fun with your frames and treat yourself to few pairs to swap and change – just as you would with make-up or jewellery!

“You don’t need to leave home with virtual-try-on, so it’s a great chance to try as many pairs as you like and have some fun with your frames. As a general rule, opposites work well, so if you have a rounder face, then more angular frames look great, and vice versa. I also make sure I am wearing my make-up and experiment with different tops and jewellery, just so I can get a proper feel for how they look – you don’t quite get the same result with your hair scraped back wearing your trusty hoody!”

Check out our gallery for the images and be sure to grab a pair of your favorites from the link above!